I think I have found an important, effective charitable cause, a highly-efficient charity, and an easy route to encourage giving.  Find out more below, and I hope you will join with me and help to reduce suffering.

What is this all about?

Malaria is a debilitating and sometimes fatal disease, which depends on which variant of the disease is contracted.  The malaria parasite (Plasmodium) is transmitted between people and animals by mosquitoes (Anopheles gambiae).  The symptoms of malaria are similar to flu (fever, headache, sweating, chills, vomiting), as well as diarrhea, muscle pains and nausea.  However, one variant of the disease causes "cerebral malaria", which can cause death due to blood clots near the brain.

Malaria is transmitted by certain mosquitoes when they bite. The mosquitoes typically bite between 10 o'clock at night and two in the morning, so if we can protect people in affected areas when they sleep at night we have a very good chance of preventing them from contracting malaria. A long-lasting insecticidal bed net is both a mechanical barrier against malaria-carrying mosquitoes that bite at night, and something that kills mosquitoes on contact. More information here.

Why the Against Malaria Foundation? 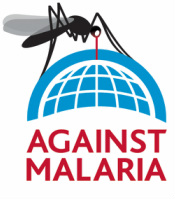 You donate to the Against Malaria Foundation on a fundraising page I have set up on their website.  Then, I prove that I have matched it on a this different fundraising page.  You can see I started the process off with a donation of $5000 as a gesture of goodwill and to prove my commitment.  I will monitor donations and increase my donations accordingly. Simple as that. Click here and Donate Now!

Why are you doing this?

I have spent some time above outlining the reasons why I believe that this particular campaign is among the most effective and efficient ways to reduce suffering in the world.  What I haven't talked about is why I am doing this.  If you're interested, here is a talk where I elaborate on my personal reasons and why I think others should share them.
Let’s save lives together!
Sincerely,
Darren McKee